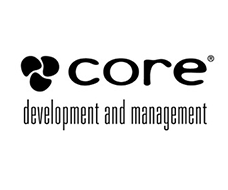 "I've known Steve for more than 10 years and am excited to partner with him to build the largest Planet Fitness platform within New England," said CDM CEO Brian Kablik. "CDM has as bright a future as ever, and we look forward to continuing to grow and strengthen the Planet Fitness brand in New England in the years ahead," added Kablik.

Eddleston opened his first Planet Fitness club in 2008 and, over the next 11 years, expanded to 17 clubs across Rhode Island and southeastern Massachusetts. Eddleston commented, "Brian and I have grown the Planet Fitness brand side-by-side in adjacent markets for years and I appreciate his partnership approach to our transaction. I know our members, team members and clubs are in great hands going forward with CDM."

Ben Landis, Managing Director at SBJ, added, "When we partnered with CDM in May of this year, we believed the opportunity existed to consolidate and optimize the New England Planet Fitness market and are thrilled we were able to validate that belief within five months of entering into our partnership with the CDM team. This transaction served as a great first step on our path to building a preeminent Planet Fitness franchisee."